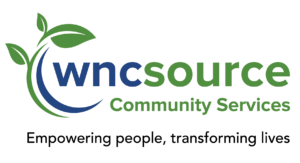 How are we doing?

On January 1st, 2022, Western Carolina Community Action changed its name to WNCSource. After 55 years, we felt it was time to refocus and redefine our role in the communities we serve.

WNCSource delivers these important programs and services with the goal of empowering people and transforming lives. Our mission remains the same:

Based in Hendersonville, NC, WNCSource delivers services in Henderson, Transylvania, Rutherford and Polk Counties. Not all programs are offered in each county. We understand that each community is different and may have service providers who are better positioned to meet the community’s needs. Rather than compete for resources, WNCSource works together with our community partners including other nonprofits, social service agencies, government, civic, business and faith-based organizations to understand those needs and deliver the programs and services that will make the greatest impact.

As we look ahead, we cannot help but recognize our 55-year history of service to Western North Carolina.

In the Beginning:
Western Carolina Community Action, Inc. was begun in January, 1965 with the passing of the Economic Opportunity Act of 1964 signed by President Lyndon B. Johnson, which was intended as an anti-poverty program.

In Henderson County, the Community Action Study Group was formed by the Board of County Commissioners who made a list of projects and a study on the conditions in the county. This list was submitted to the U.S. Office of Economic Opportunity.

In April, 1965 the Head Start program started and was considered very successful.

In March, 1966 Western Carolina Community Action was incorporated by the North Carolina Secretary of State. It replaced the Henderson County Community Action Committee which had been in operation for over a year.

In August, 1966 Transylvania and Henderson County merged into a single Community Action Program.

In February, 1969 the transportation department was formed at WCCA. It consisted of:

In 1979, transportation was provided for older adults to and from meal sites operated by the Council on Aging and students enrolled in special education classes were transported to and from school in a van outfitted with a hydraulic lift.

In November 1986 WCCA was designated by Henderson County to receive a grant from the NC Department of Transportation to buy or refurbish seven or eight vans that would be used to transport older adults and disabled people.

In June of 2002 WCCA started two “fixed routes” in Henderson County. A fixed route has set stops and runs on a set schedule. WCCA’s red and white routes were started with a grant for rural transportation from the NC Department of Transportation. In July 2003 NCDOT Intercity funds were used to add the blue route which runs to Fletcher and connects with Asheville Transit.

Shortly after the blue route was added, the census results made it clear that large areas of Henderson County were now urbanized. A good portion of WCCA/Apple Country Transportation service area would need to be funded from urban as opposed to rural grants. This transition continues to the present. WCCA’s transportation services include urban fixed route transit, para-transit for the disabled, medical transportation, and human services transportation. A fleet of twenty-five vehicles provides approximately 150,000 passenger trips a year.

In 2010 ground was broken on a compressed natural gas (CNG) fueling station. Five new CNG vehicles were also ordered to be used in providing transit services. All of this was made possible by the American Reinvestment and Recovery Act.

In North Carolina the state legislature set up the North Carolina Housing Corporation in Raleigh. The Executive Director Joe E. Eagles stated that the counties of Henderson, Polk, Transylvania and Rutherford had not kept pace in providing housing in relation to the area’s economic growth.

In December 1969, the newly-formed Low Income Housing Development Corporation of North Carolina chose a five-county target area in Western North Carolina for providing help for low income families to build homes in rural developments. The corporation used funds of the Office of Economic Opportunity to start the program at WCCA.

The houses built were for people in the $3,500 to $6,000 annual income bracket. The owners were required to pay 20% of their income in house payments.

By 1980 Section 8 Housing was in effect. Families who meet income guidelines move into housing of their choice and must enter into a lease agreement with the landlord.

In 2014 WCCA acquired Excelsior Apartments in Brevard. WCCA was one of the original partners in the development of Excelsior. Under the rules governing tax credit development, WCCA had the right of first refusal to purchase Excelsior after it had been in service for fifteen years.

In 2009 WCCA began two new housing repair programs. WCCA has participated in the Urgent Repair Program that allows repairs up to $5,000 for qualifying households. WCCA continues to participate in the Single Family Rehab program. In Henderson, Polk, and Transylvania Counties WCCA can spend up to $45,000 to help elderly and disabled homeowners stay in their homes. WCCA is averaging seven or more of these homes per year. Both of these programs are funded through the North Carolina Housing Finance Agency.

The job training program at WCCA was originally called Manpower. It taught and worked closely with industry and business in job placement and follow-up for unemployed and underemployed people in Henderson and Transylvania counties in 1965.

The Comprehensive Employment and Training Act (CETA) of 1973 was passed by Congress. It was designed to help economically disadvantaged youth obtain summer employment. The target group was low-income youth aged fourteen to twenty-one.

CETA was replaced in 1983 by a new federal plan that focuses on job training and private industry call Job Training Partnership Act (JTPA). The JTPA matched workers to employers. It targeted the economically disadvantaged. The Land-of-Sky Regional Council administered the program.

The JTPA program was especially useful for small businesses where training time for employees can really strap a business financially. This program was eliminated by congress on January 1, 2000.

Head Start was started in April 1965. It was funded by the Office of Economic Opportunity under the direction of the Office of Child Development in the Department of Health, Education and Welfare.

In Henderson County classroom space was provided by the Hendersonville Board of Education, which provided two houses on 9th Avenue, Berkeley Mills and two houses in the Balfour community. The Etowah Grange donated part of its community building. In Transylvania County St. Phillips Episcopal and Calvary Baptist churches in Brevard provided classroom space.

In Henderson County the nutrition was provided by the Elks Club and in Transylvania County the noon meal was prepared by the Pisgah Forest Fish Camp.

We are fortunate that we have good community collaborations that allow us to have centers in six public schools (Rosman, Balfour, Mills River, Hillandale, Bruce Drysdale and Sugarloaf), and four housing projects (Sugar Hill, Foster Circle, Williams St. and Lincoln Circle). We are able to use much of these space costs as the required non-federal share of our total program costs. For every $1.00 of federal funds we receive, we have to have $0.25 of non-federal match. Our programs must have over $1,000,000.00 of non-federal share of program costs for this program year. Much of this is provided by the NC Pre-K program, but much is also provided by the in-kind space from our community partners. We always want to take every opportunity to thank them for this. We also rent two centers (Etowah and Columbus) and own two centers (Hillview and King Creek).

WCCA also operates the Home-Based program where children are visited on a weekly basis by a home visitor, who works with the Head Start child and the parent.

In 2015 WCCA was awarded an Early Head Start/ Childcare Partnership grant. This is a five year grant that allows an additional one hundred infants and toddlers in Henderson, Polk, Rutherford, and Transylvania Counties to receive high quality Early Head Start services at private childcare centers.

This department has seen numerous programs come and go. Following is a list of them:

It was first called the Winterization Program in 1979 and funded by the Department of Energy. This program was designed to help low-income families, elderly and disabled people keep fuel costs within the family budget by preventing energy waste.

In June 2008 WCCA weatherization crews completed work on the agency’s last Weatherization Assistance Program (WAP) units. The WCCA board of directors determined it would be better for all concerned if Community Action Opportunities in Asheville took over production for Henderson and Transylvania Counties. WCCA’s share of WAP units had dropped so low that maintaining the program at WCCA was prohibitively expensive.

Addresses of WCCA in Henderson County:

In June, 1979 the agency moved to 526 7th Avenue East. Prior to that WCCA was located in four separate buildings. In October, 2003, WCCA purchased three acres in the Village of King Creek on Spartanburg Highway to build a new administrative building. The Transportation, Weatherization and Head Start Home Base Programs remained at the 7th Avenue location. Housing, Administration, Head Start, and Community Services moved to the new location. The new building was completed in 2005. The new address is 220 King Creek Boulevard. In Transylvania County the majority of WCCA’s programs can be accessed at 181 Hillview Extension, Brevard, NC 28712.

In January of 2008 the Silvermont Opportunity Center opened for business in Brevard. Silvermont is the first state-designated senior center in Transylvania County. Silvermont Opportunity Center is operated by Transylvania County Parks & Recreation, who provide the site and significant funding for the program. WCCA operates LunchPlus congregate meal program. Participation at the center quickly grew as bridge clubs, dance lessons, and computer classes became available. Currently, more than two hundred individual older adults are visiting Silvermont per month. The center attained the designation of Center of Excellence in 2011.

Western Carolina Community Action has had many changes throughout its fifty year history due to the many changes in laws, budgets and grant allocations, but the organization continues to grow and serve thousands of individuals and families annually. 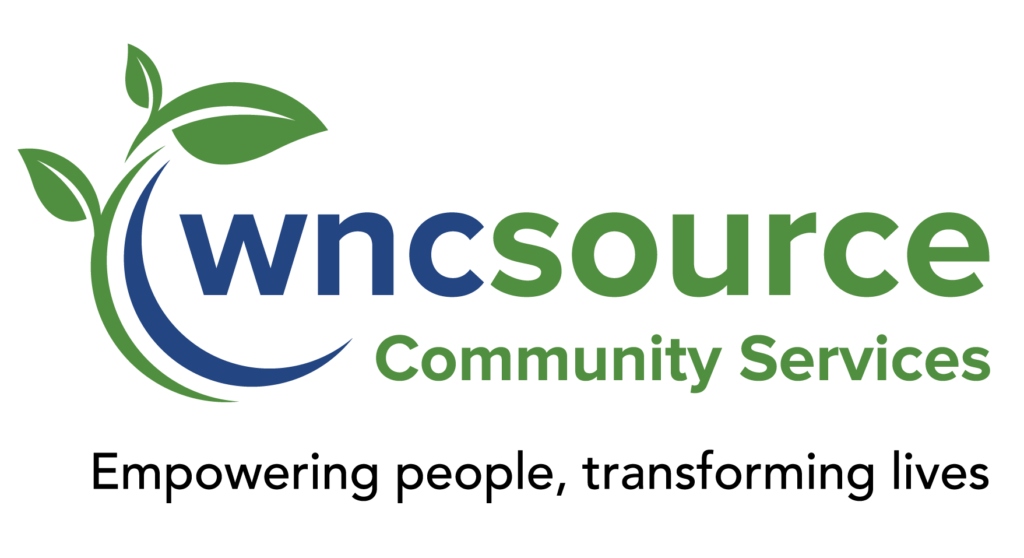